“The animals were thoroughly frightened. It seemed to them as though Snowball were some kind of invisible influence, pervading the air about them and menacing them with all kinds of dangers.” 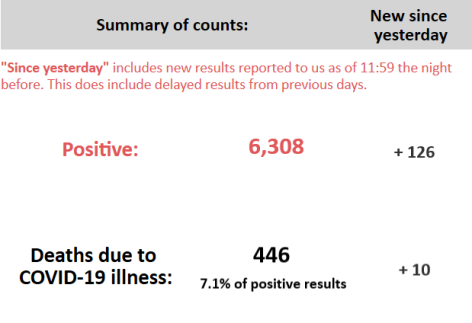 “Let’s just keep it around ten until the turnip’s dry.”

The city’s picked someone to stabilize the bridge while continuing to figure things out. Maybe it took them too long, maybe it didn’t. I have no idea. It’s an enormous bridge with, literally and figuratively, and awful lot riding on its present and future. I’m sure this is ridiculously complicated and frustrating for the people making (or not making) the decisions. This is where, love him or hate him, someone like Trump would have been the right person to be in the mayor’s office. 5 minutes after the closure he would have said “tear it down and build a new one, starting right now.” There would have been an uproar and all kinds of shouting and disagreeing, and experts would say why they shouldn’t do it, and the people would have stamped their feet over the costs and been upset that the option to repair instead of replace wasn’t considered. Which of course is exactly what’s happening now, anyway, without a whole lot of progress yet. But that bridge would be half demolished (or more, I don’t know how fast these things go) by now, and we’d be well on our way. Best decision? I don’t know. But eating your dead shipmate and bailing water on a leaky raft is better than starving to death while treading water and being slowly eaten by sharks from the toes up.

I should mention that there is a very long term plan to build light rail between West Seattle and Ballard, just north of downtown Seattle, plus a few other branches around the city. The Future is coming! And it’ll be…a train? Another train? Nobody rides the last one we built. Anyway, it’ll be on some undetermined route over Elliott Bay, with at least a couple neighborhoods along the way getting a nice, new, concrete canopy in the process. You can imagine the tumult, the neighborhood associations mobilizing like angry rabbits, and now, the calls to incorporate the light rail into the new West Seattle Bridge. I have no doubt they’re considering it. Here I am again: good idea? Bad idea? Here, again, is a place where politics will strangle progress, and the usual administrative paralysis will set in, all because of people being afraid to upset anyone (read: lose votes).

I let him wear pajama pants yesterday. Apparently the kids on our not-so-dead-end street have decide that it’s what they’re doing. I told him it’s ok, but tomorrow it’s real pants again. It’s still a school day, I have to keep reminding him, not a vacation. Then my daughter came down in her pajama pants and I was a little more stern. 6th grade now, she’s on Zoom classes, etc. I said that I have the same policy as her school (which is true): you don’t attend classes from your bed, and you need to be dressed. “But tons of people are in their pajamas.” “Well, then they’re breaking the rules.” That’s all it takes for her – she doens’t like breaking rules. She got huffy about it, but went back up and changed her pants. She’s awesome.

I mentioned my favorite bakery the other day. Went by it on our walk yesterday and it looks like this now:

The takeout windows are new. No doubt they’ll get plenty of use even after the (indefinite) lockdown. The ordering area inside is small and gets crowded easily, mostly with people who aren’t staying anyway, so this will help ease that. No word on opening yet, but we’re all looking forward to it.

The weekend is upon us! I’ll probably take my usual break for the next two days, unless something comes up. Until then it’s just me and the miserable patio project that’s just gotten into the serious phase. Am I capable? Yes. Am I willing? Not very. At least I’m building this particular windmill for Snowball, and not Napoleon.*

*Full disclosure: I don’t know the Animal Farm story. It’s one of those classics I’ve never read. For now I’m assuming that Snowball is a good guy because of the way things have fallen out so far. Maybe I’ll be proven wrong.

— The Leader wants you in pants, Comrade Citizen! —