Let’s head back to Morocco 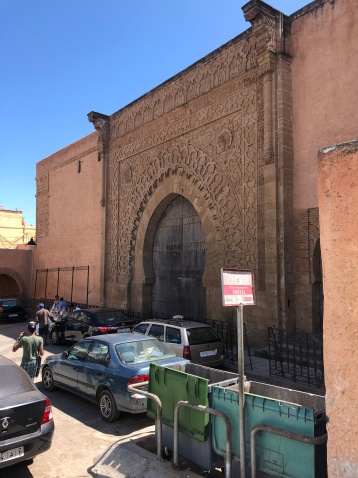 With a hopeful shoulder against
its thousand-year-old brother,
the new city already shows more rust
and abuse than the ancient medina,

which stands straighter than it should
after a millennium of fire and pirates
and the tearless tyrrany of
Mohammed’s intemperate sun.

Fifty years free of France,
the tall cosmopolis outside
the gates wears the fast
age of concrete and exhaust.

The new city wonders, still half
en Français and slouched
in café chairs that face out over
the bruise-blue taxis towards

the red medina walls, what is the
trick to timelessness, and what
do the buried civilizations
around the Bou Regreg have to say

about the way the Arabs
outlasted them all without
having to do much besides wait
and stay and sometimes fight.

Phoenician busts in museums that
the Berbers came before and
built and left and will see
the end of long before their own.

And those few exhumed slabs
of marble left at Chellah, bought
by the shipload for the price
of their own weight in sugar,

clacking laughter that rattles like
a call to prayer from the storks atop
the walls of the hammams, and
whose nests crown the minarets.

Another square in the quilt. 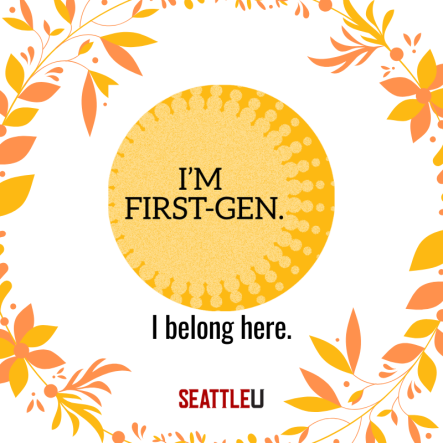 When I started attending Seattle University (just a few years ago!), there was a Veteran’s Center. It was a nice room with a kitchen, lots of seating at tables and booths and couches, kind of a little café where you could go study, make yourself some lunch, top off your coffee, etc. It was nice, but it was empty most of the time. Seattle U is a small school, and there probably are not very many veterans studying there. That it is in Seattle is surely a major contributing factor.

Whatever the reason, be it the low attendance or a combination of things, the Veteran’s Center eventually morphed into the Outreach Center. I don’t particularly care that it was no longer reserved solely for the military students. Though if I were more of the kind of student that SU was actively trying to create, I would have protested and decried the “erasure” of a “safe space” for my “marginalized community.”

Let me get tangential and parenthetical and very heavily digress here, too. The stance America takes towards the veteran community is a good example of the unintentional vilification of an otherwise good society. I have never been treated poorly because of my service. Not even close. In fact, I have had more people positively change their demeanor towards me because I am a veteran than I can count. Changed to be more appreciative and forgiving and welcoming. Still I have also heard more people, veteran and otherwise, claim that veterans are indeed a marginalized community in need (or at least especially and uniquely deserving) of preferential treatment in order to be allowed to rise to the status of everyday society. I don’t understand this. I don’t understand it because I have seen no evidence – but then I’ve never had need of the VA hospital – that veterans are a struggling and persecuted demographic. I have only seen the help, the preferential treatment. I have only ever seen us treated better than average, so it always shocks me to see us pitied. Even the pity is a form of (albeit misguided) status elevation.  As a result, though our society is actually perfectly good in its treatment of veterans, it appears to be quite bad. This is precisely the same phenomenon at work where racism, sexism, homophobia, Islamophobia, etc are concerned. We insist that we’re worse than we are.

The Outreach Center that grew to overtake the Veteran’s Center now included a couple of other student demographics. The one that became the most noticeable was the “First-Generation” or first-gen students. These are people who are in the first generation of their families to attend college. I was now a severely reluctant member of not just one, but two protected classes at Seattle University (but also a white male, so never mind). And as far as the first-gen thing goes, I understand, or understood, at first. It’s cool. You worked hard, or your parents did, and you’ve managed to find a new avenue of growth outside of the family business or possibly some near-squalid conditions that you were the first member of your family to be strong enough to climb from. Good job! But I noticed that it became something else, too. Look at the sign:

Look at that dangling declaration: “I belong here.” You only say that if someone has told you that you don’t belong here. This sign’s message is “I’m first-gen. Because of that, people don’t want me here, but I am defiantly attending college anyway.” Which is just plain false because, again, I have never come across any reason to believe that a first generation college student was discriminated against or looked down upon, or marginalized in any way. Not while I was in college, not before, not at all. I’ve never seen that angle played in a movie or read it in a book. Nothing. It is a form of discrimination that appears to have been manufactured out of nothing (and does not even exist) for the sole purpose of having something to stand against. And now, because of this sign and its message, we live in a world that is perfectly accepting of  first gen students, yet appears to be cruelly opposed to their success. It’s another false injustice, making our world look worse than it is. Why do we do this to ourselves? Are we not adults?

It strikes me that it’s very mafia-esque. A sort of protection racket set up by people to create a need for themselves. If you’re a first-gen student that was doing just fine (or a person of color, gay, etc), someone will come along to help you believe you aren’t doing fine. Or worse, that fine isn’t good enough. That you need help, and they just happen to be the perfect people to provide it.

How do you find that help? Follow the signs.