Two hours into the operation
time came to choose
twice sold books
over and over again.

But the last survivors of that era –
they are all gone away
to bring your children
An insect feast,
accessible game meats,
some bottles of water,
and unrelenting nerve pain in the face.

Are you done with these?

Are you still down there
with the flame proof wisdom
of a snow storm
fluent in English and Japanese?

How is the fairy tale? 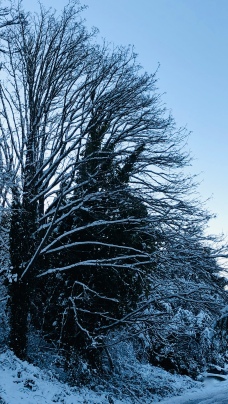 My grave awaits me yet
and whatever I am in death
will not lie down forever.

(Gah, formatting. The lines are not how I wrote them, and I don’t really know how to make WordPress behave)

I wake up with the news and am in no mood to endure it and come instead to visit with you.

On my way to you a few blocks up from the ferry dock
a car is broken in the road in everyone’s way (the nerve).

It is too broken even to roll – The driver said as much.

Other people in unbroken cars have to be somewhere now always now
so they honk, gesture, wave and blame.
People blame him with their hands and their eyes
People are very good with the things they do with their eyes
Their eyes say that yes they see but they need and
their need cannot be defeated.

Certainly not by him and his broken car

Certainly not by him

This is what people look like to me, when I don’t slow down.
This is what I see of people in my cynical times
what I know of them raging against some poor man’s trials
and what it does to them.
(He is no poor man. He does not suffer)
These people woke up watching the news and they’re listening to it in their cars
where they honk at him and they are believing it, the news.
All the time they are believing it.
Right now as their palms press down on the cold molded
February of steering wheel plastic
and their horns blare the sound of their need they are believing the news because the news moves everything

out of their way.

They think it is real.

This is what people look like to me when I don’t slow down.

…I slow down here…

…someone’s buying him a coffee.

She walks a coffee out to him

She reaches
out
He reaches

He’s on the hood of his broken car, the half-sit you do sometimes
with one heel cocked up on the bumper.
Looking undefeated with coffee and listening nowhere to the news.

Getting up when he needs to direct traffic and doing it like he’s done it before. With a half-smile and that knife-hand pointing, arm extended,
fingers and thumb pressed together in flat, playful authority.

This way is clear.

You picture the whistle, the white glove

It isn’t a very busy intersection back here in our neighborhood near the bakery.

When I go slow it is his unflappable traffic direction,
all smiles and gifted coffee on a February morning just up the road from the ferry dock

he is the thing that hits me right where I need it and when
back here in the corner of the bakery just up the road from the ferry dock.

When the boat comes it will bleed out and he will be busy with people
who will honk their news at him. They will honk what they believe at him
from their unbroken cars full of need.

He will not see his empty paper cup roll half-circle off the hood
when he gets up to be something they don’t believe in.
He will point, and wave, and smile while he slows them down
to show them how to get around him and when.

I’ve been looking at the news for a while now, trying to find something that happened somewhere but that’s like counting the grains of gunpowder in the bullet with your name on it.

There might be one in there that isn’t going to light when the firing pin strikes, but that’s not going to slow it down any.

All that mad space on the airwaves. A dozen papers a hundred websites a thousand articles a million words.

Each one distinct and identical and individual but fired all together from a three-letter casing that tries to hide its intent. It succeeds wherever we let it and it does what a bullet is supposed to do – it makes a hole in us.

I’ve been looking at the news for a while now, trying to find poetry, though I know I should have known better. By the time I had my breakfast all I knew was exactly what my opinions should be.

and I am far more certain now that there are some very hateful ways to say that hate is a very bad thing.

I’ve been looking at the news for a while now, trying to find out who we are and it has become very clear that if everything we say we are working so hard to eliminate – the hate the prejudice the racism the sexism the violence

my God I think especially the violence!

we would bring it back yesterday because we wouldn’t recognize ourselves without it.

If we won we would be lost.

I’ve been looking at the news for a while now, and my family still sleeps somewhere above me and I pray that when they wake up I don’t somehow take this all out on them
the way I see everyone else take it out on each other, every day, for love.

I’m slowly becoming a very old man
and with such tiny wings
what could I possibly
carry away from my mountain of things
to map my brother’s black path back
from the graveyards and laundromats
and his rattlebone rests on cardboard flats?

To map his path back
to a place where
the roof shakes less and
the needs aren’t hard.
Where the outside’s out
and the inside’s in.
Where it’s only the dog
that shits in the yard.

Could I, knowing his rot,
issue the call and huddle him here
though I’d know the chill chatter
of his sourmash teeth
and fermented bones
would shake loose the joints
of my safe-steady home?

Could I, knowing the curelessness
and depth of his rot,
don the secondhand suit
of an imprecise Christ
that I find every night in the recycle bin
in a faithless attempt
to faith heal him?

I could do that, yes
and take fake comfort when
he says (all over again) that
I love you, brother
and
This time I swear it’s for real.

and here comes the dog

and there go my wings