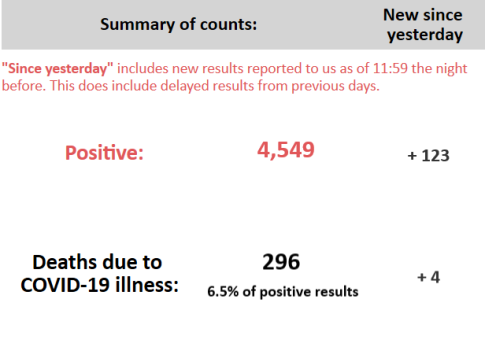 Over the last 3 days, the new deaths have been 7, 8, and 4. I’m sure Thursday will have some number in the teens, just to frustrate Olympia. King County’s making all the noise on this, anyway. I’m sure the rest of the state would like to just encourage an avalanche to cover the road at Snoqualmie Pass, sink a ferry or two, definitely blow that Tacoma Narrows bridge, hit I-5 just south of Everett, and leave us to stew in our own viral juices. Which of course would wind up not amounting to much. But it would be pretty dismally predictable for Washington, and the West coast in general, to blame the victims while exonerating the attackers (see: every crime, ever, not carried out by a white man) in China.

I have never been to China, and I have never studied it, but I don’t have to hear the word  ‘wet market’ more than once to start assuming ghastly things. And I used to watch enough of those “irreverent-western-traveler-foodie-goes-to-Asian-nations-to-eat-weird-crap” shows to know that there are dietary peculiarities in China that I want nothing to do with. I certainly saw some things in the souks in Morocco to make me put up a little cross with my fingers and hug the walls as I passed:

And this is pretty tame. But no ice in sight on a 90-something degree day in Fes. And the flies were like Amityville, but the old meat on my bones wasn’t rotting as much as the stuff in the stalls, so they left me alone.

Anyway, China, maybe start thinking about not eating bats and dogs and shark fins and bird nests anymore. And also the communism: If you had to choose one thing to stop doing today, make it that. You’ll thank me later.

And things were going so well:

That’s the least reassuring news I’ve encountered since I first heard the word Wuhan. Probably – I’m no economist now, but probably – the best thing these three can do is say “all clear,” and then just stay the hell out of the way. But they’re already itching to cement their legacies in the regrowth of the region. It’ll be like the equipment manager from the winning team getting his name etched on the Stanley Cup, except the equipment manager actually had a role in the victory.

It’s not easy posting music from a band/artist that you don’t know well. I’ve never been much of a fan of Pearl Jam, at least not since their first album back when I was in high school. But then my girlfriend became a little to obsessed with the lead singer, and that was very off-putting. Anyway, the music’s just never hit me in quite the right spot. But Eddie Vedder’s my neighbor now. His house (one of them, anyway, his “permanent residence”) is up the hill from me. I can catch a little glimpse of part of it between my neighbors houses, and past some very tall, very old Western Red Cedars. You’ll make certain income assumptions about living so close to someone so famous, but rest easy knowing that we and the Vedders occupy different financial galaxies entirely. He just found a beautiful place to buy a few parcels of land next to each other and build a modest compound (he’s no Bill Gates), and Bob’s yer uncle. I’ve never met him. I’m told he’s very short. My point is that last night at about 8:15 I was reading on the porch when I heard something odd through my headphones, so I took them off to listen. Sure enough, it was Eddie up there, singing away into a microphone and playing some music. Given the time, and the fact that I caught it already in progress, it may have been a salute to first responders/front liners. Apparently making noise at 8:00 every night is a way to do that. I’ve heard people banging pots and pans off in the distance a few times recently,  and I guess if you’re Eddie Vedder maybe you dust off a keyboard or a guitar, plug a couple of things in, and crank it to 11 for a few minutes.

It didn’t last long, and I don’t know what song he was playing, but it was honestly a pretty nice moment. I texted my wife to come out, and we sat and listened there as the light went out of the sky a little bit, and some neighbor somewhere in the quarantevening gave an enthusiastic “woo-hoo!” at the close of the song.

I should have yelled for him to play Free Bird.

So, Pearl Jam. And I’ll ease my anxiety by pairing them up with an old friend, and a song you just heard a few days ago. Not my best moment here in the PVP Diaries, but this is the wet market version of blogging:

I do a pretty solid, and I think very funny, Eddie Vedder impersonation. I’ve promised my family that if I ever meet him I’m gonna do it. The girls are aghast, and the boy can’t wait.

The weather continues to be great (sorry for those of you seeing the rough stuff right now). Day one of Sprung Broke was ok. A lot of time outside, but still too much of the screens for the kids. Just about time to set ’em all up again, and see what we can knock down.

There is no “Homeless in Coronafornia” update today. As ever, read nothing into that. Could be a lost/stolen phone, lack of wifi access, who knows. We’ll catch up to him again soon.

Ah! Eleventh hour check-in! Minutes before I publish and he chimes in with:

Spectacular
It’s Tuesday
You’ve got the virus don’t you?

Sarcastic on the ‘spectacular?’ Maybe. But I think probably not. Happy Tuesday.