Last night I turned in my final paper for English, and my finger was hovering above that decisive mouse-click – ‘SUBMIT’ – as if hand and mousepad were like-charged electrons, just trying to keep the hell away from each other. It’s hard to be sure that you’re finished. And that’s the end of English 102. I have final exams left in History and Symbolic Logic, then a summer Biology class. Big wheel keep on turnin’. 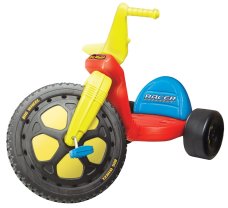 You’re all well past this. You’ve been in the classrooms, done the cramming, fretted over the bibliographies, cursed the MLA/APA/Chicago tango, and had your futures in front of you. So it may strike you as a little droll, but how incredible this all is. Doing the work.  Doing well. Being one of the good students. Heck, not even that, but merely being one of the students at all. In high school I was a non-student. A class-skipping idiot with no forward movement, embarrassed to show my face in class, afraid to go home. Every assignment intimidated me, because I already knew I wouldn’t try to do it.  I know what it is like to be lazy, and I don’t think that I was that. It was worse. I was perniciously unproductive. Pointedly, actively opposed to doing what I knew was right. After missing my graduation because I didn’t have enough credits, I hacked through summer school and correspondence courses so that I could get my diploma mailed to me. I swear even the mailman was ashamed of me. I took a few sheepish runs at community college in two different cities, failing or withdrawing from nearly every course I took. And throughout those years I essentially cooked my way around a few different restaurants in Littleton and Ft. Collins, being the roommate that nobody wanted. I’m sure a therapist could suss out the actual underlying reasons: a spoiled boy given to believe that the world would see his talents and come to him without asking anything in return. Or a kid subconsciously so tired of hearing about his potential that he chose to prove everyone wrong. Still, too myopic to realize that not achieving your potential is different from not having potential. Whatever. It’s all shredded cheese now, never to be made into a wheel again.

One day I rode my bike to the Army recruiter.

And now, since April 4th, I’ve written two 5-page papers and one 10-page paper, along with all the attendant outlines and intermediate work. I’ve done over 30 writing assignments and 4 tests for a History class. Burned through two spiral notebooks formulating proofs and taken 8 tests for Symbolic Logic. And, God help me, it was easy. Did I mention that I’m an at-home Dad with nearly 100% of the domestic and landscaping duties, and a dog that’s more work than the furnace in A Christmas Story? This is not complaining. This is not me saying “look at all the shit I have to do.” These things are my duties.  Life is service, and I am honored to do mine. If I had this attitude while I was in the Army, I’d be almost 20 years in right now, and thinking “retire now, or go for Sergeant Major?” But I also wouldn’t be sitting at this table, writing this post, worrying about my children, and doing the planning I should have been doing 20 years ago. I suppose those things could be happening in some form, but it wouldn’t be this one.  And this is the only one I want.

Everything would have been different if none of it was the same. But, as it turns out, everything was exactly the way it was.

It’s a little embarrassing to be doing at 41 what I should have been doing at 21, but I’ll do this until the GI Bill runs out in a few years, and then find a way to a Master’s with any luck. I can live with that.