– The Elder Zosima, The Brothers K.

Here’s a reprint for a day that’s simply one too many:

I’ve never read any Kerouac. There’s a short section of this poem dubbed into a song I’ve known since forever:

…America and Steel civilization rushing by with San
Francisco Chronicles and green Call-Bulletins not even enough
time to be disdainful, they’ve got to catch 130, 132, 134, 136 all
the way up to 146 till the time of evening supper in homes of the
railroad earth when high in the sky the magic stars ride above
the following hotshot freight trains–it’s all in California, it’s all a
sea…

Wait a little for it, but listen until you get there. It really isn’t all that bad:

I rode down to the tracks
Thinking they might sing to me
But they just stared back
Broken, trainless, and black as night
Climbed out on to my roof
So I’d be a poet in the night
Beat the walls off my room
I saw the big room that is this life

How close were you dad (here he peers
down plastic sights of a painted gun)
to the bad guys when you shot at them?

I had to say (I hoped) in a way
that would not forever break his aim,
I had to say (as hidden as the thing had stayed!)
that I never got that close.

But I was available,
I promised my apology,
had someone simply asked me to.

And that much was surely true
but that much was not enough
to burn me into some hell where
the blood of better men dried
and caked and made crispy
little cards of the sand.

That much was not enough –
as apologies never are.

Were you good at shooting dad and
should I close one eye when I aim?
You should aim I said
(he couldn’t know how blindly)
with every eye you can open.

I am not more right.
I do not know better.
I just can’t run with the baton I’m handed
when my leg of the race comes up.
It is gross, the baton.
Slimy, and it smells of rot covered by perfume.
I cannot carry it.
I cannot wield it.
I cannot.

You can pass it between each other
because you carry it low
against your thighs
and don’t look at it
and instinct makes the transfer.
Instinct never smelled a corpse to know it.
It hasn’t the time.

Here’s another for the Morocco collection (sum total now 2 complete pieces, but a few more in draft form). Allison wrote a beautiful poem about Morocco and published it yesterday. Something she rarely does. I say only this about that: the first time you click that “submit” button is the by far the hardest. After that it’s just another thing that you do. Much like reading poems to an audience. The first time was brutal. The next couple were easier, and now that I have a few more that I’m comfortable with, I’ll pop out sometime soon and use them in an open mic somewhere.

You’ll read in Allison’s poem the impact that Morocco made on her, emotionally and spiritually and personally. I cannot say otherwise for myself. Something about my time there went far deeper than research, than mere information and entertainment and box-checking. And while much of that can be attributed to the country, the people, and our hosts, certainly as much comes from the fact that I did not enter Morocco defensively or skeptically. As I do at home with my family, I gave myself to Morocco, accepted it and processed it, and did not begrudge it for its eccentricities or the many moments of hesitation it presented. HAd I done otherwise, I culd not have written this poem, my first ever villanelle: 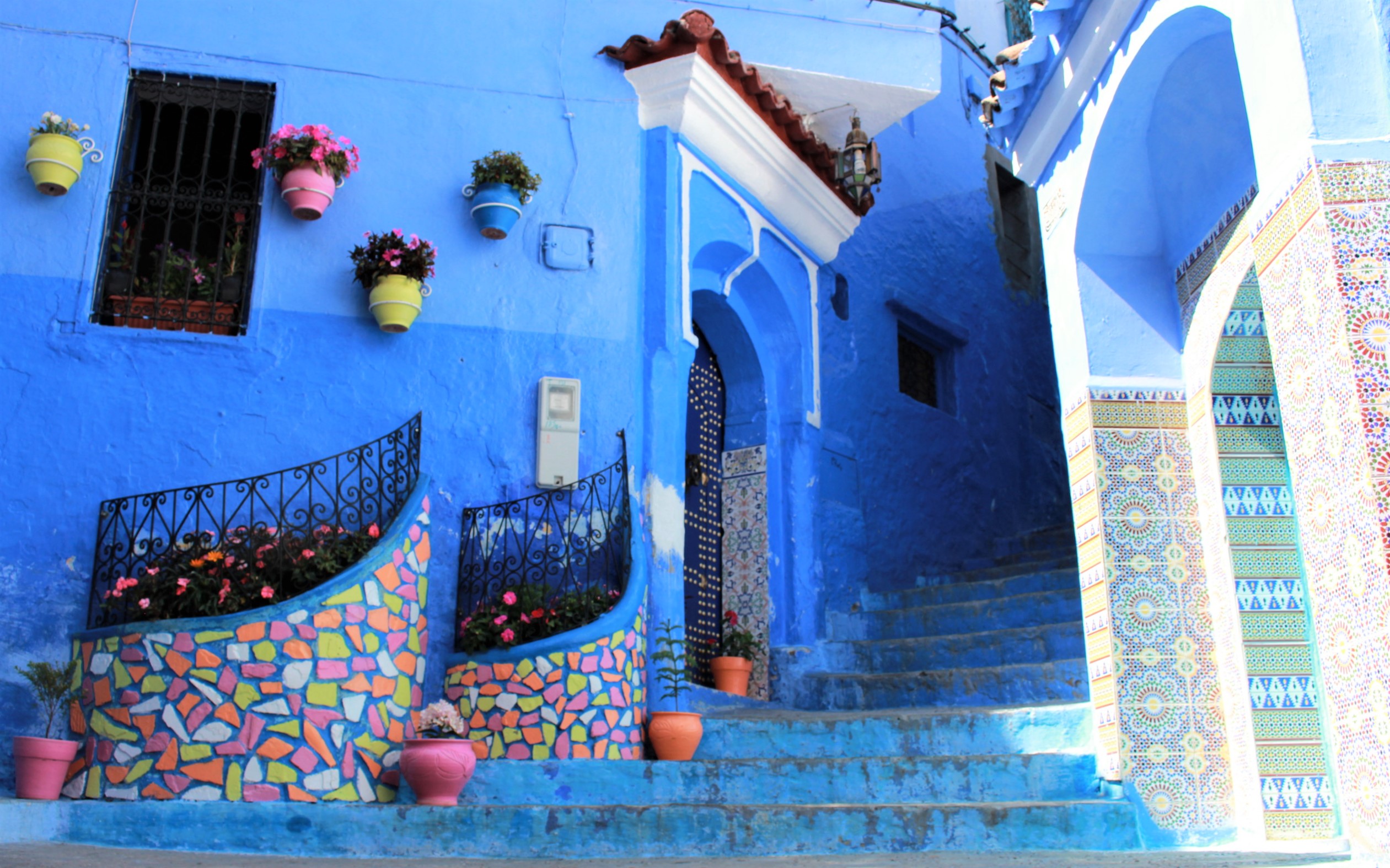 Love, lead me through Moroccan streets
where the city burns behind its walls
with a flame moon-cooled and honey-sweet

that gilds the dates on every tree
and lights my throat’s mosaic halls.
Love, lead me through Moroccan streets

that clings to bees on lacquered sweets
whose nectar drips a torpid crawl.
Love, lead me through Moroccan streets

to where old men call through Berber teeth
while the Moorish sun burns over all
with a flame moon-cooled and honey-sweet.

I’ve come to meet the Amazigh!
I’ve come to climb the Atlas wall!
But first, love, lead me through Moroccan streets
with a flame moon-cooled and honey-sweet.

Show me to the old Medina
before the sun can warm the stones.
The darkness scrubs the city bright
where the hamsas guard the homes.

Walk me through the old Medina
before the torpid cats arise.
Half their world is always dark
because they steal each other’s eyes.

Lose me in the old Medina
where the modern finger tries
to haggle there with history
but can never match its price.

Hide me in the old Medina
and I’ll give you half my dates.
And tender breads, and honeyed sweets!
Don’t let me go too near the gates!

It’s world poetry day, and I wanted to get something in. I wrote this one a while ago but didn’t publish it because it’s a little bit of a downer, and frankly I just don’t feel that down. Ever, really. Still, it came from somewhere, didn’t it? I’ll have poetry in mind today, and try to come up with something a little brighter.

It’s in a form called a triolet (introduced to me by Cubby) with a nod to Robert Frost. Title comes from Dad, who once said one of the more profound and practical things I’ve heard:

Two hours into the operation
time came to choose
twice sold books
over and over again.

But the last survivors of that era –
they are all gone away
to bring your children
An insect feast,
accessible game meats,
some bottles of water,
and unrelenting nerve pain in the face.

Are you done with these?

Are you still down there
with the flame proof wisdom
of a snow storm
fluent in English and Japanese?

How is the fairy tale?

My grave awaits me yet
and whatever I am in death
will not lie down forever.

I’ve been looking at the news for a while now, trying to find something that happened somewhere but that’s like counting the grains of gunpowder in the bullet with your name on it.

There might be one in there that isn’t going to light when the firing pin strikes, but that’s not going to slow it down any.

All that mad space on the airwaves. A dozen papers a hundred websites a thousand articles a million words.

Each one distinct and identical and individual but fired all together from a three-letter casing that tries to hide its intent. It succeeds wherever we let it and it does what a bullet is supposed to do – it makes a hole in us.

I’ve been looking at the news for a while now, trying to find poetry, though I know I should have known better. By the time I had my breakfast all I knew was exactly what my opinions should be.

and I am far more certain now that there are some very hateful ways to say that hate is a very bad thing.

I’ve been looking at the news for a while now, trying to find out who we are and it has become very clear that if everything we say we are working so hard to eliminate – the hate the prejudice the racism the sexism the violence

my God I think especially the violence!

we would bring it back yesterday because we wouldn’t recognize ourselves without it.

If we won we would be lost.

I’ve been looking at the news for a while now, and my family still sleeps somewhere above me and I pray that when they wake up I don’t somehow take this all out on them
the way I see everyone else take it out on each other, every day, for love.